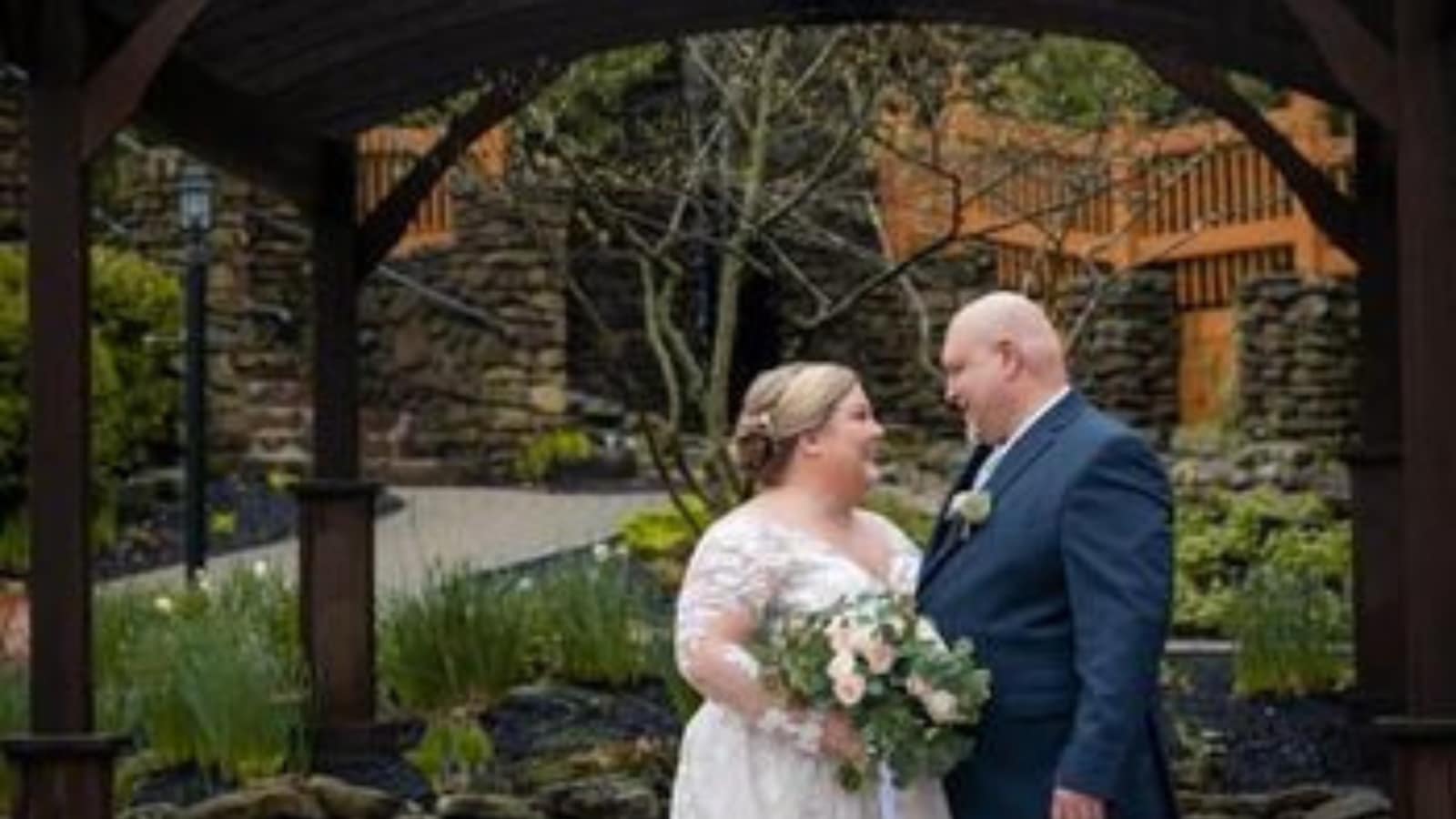 Worn once, one day then abandoned in the back of a closet for a lifetime, the wedding dress is probably the least durable item of clothing in our wardrobe. Faced with this observation and the desire to help a future bride in need achieve her dream, an American from Ohio decided to donate her wedding dress on Facebook and thus launched a real movement now followed by close of 2,000 people.

Like many women, Gwendolyn Stulgis spent weeks searching for the perfect dress to wear on her wedding day. Starting with a budget of around $1,000, she eventually fell in love with a dress that cost three times as much. A long lace princess dress, adorned with pearls and sheer fabric on the sleeves, which she couldn’t pass up when she saw her, feeling such intense emotion on the occasion. This is how she describes it on her Facebook account, adding that she felt beautiful on her wedding day, May 6.

And the story of the dress could have ended after the festivities, but the young bride made a choice that was both radical and original, by creating a Facebook account intended to find ‘THE’ future bride who would succeed her by wearing this same dress on her own special day. The idea was not to relegate this unique piece to abandonment in a closet and to allow a future bride in need to feel the same emotion and the same feeling of magic and beauty that she felt in this outfit. .

“So after careful consideration, I have decided to donate my wedding dress. I want it to go to a woman who deserves to have her dream dress who cannot afford it or who has been content of something more in its price range. I felt absolutely gorgeous in it and wanted someone else to feel the way I felt,” Gwendolyn Stulgis shared in her account launch post.

For this form of donation of a new kind, the American has however set conditions. To be the chosen one, the future bride had to get married within three months, and commit to cleaning the dress after her wedding in order to pass it on to another woman, and so on. She also had to explain in a few lines why she deserved this dress more than anyone. The unique piece found a buyer a few days later, and since then, even a third future bride has already been selected to take over.

In just over a week, the public Facebook group “Shared Dream Dresses” had some 300 members, with 15 dresses donated or in the process of being donated. More than 1,900 people today make up this community that has chosen altruism and sustainability to give several new lives to the traditional and coveted wedding dress. An initiative that could quickly give birth to others like it around the world.