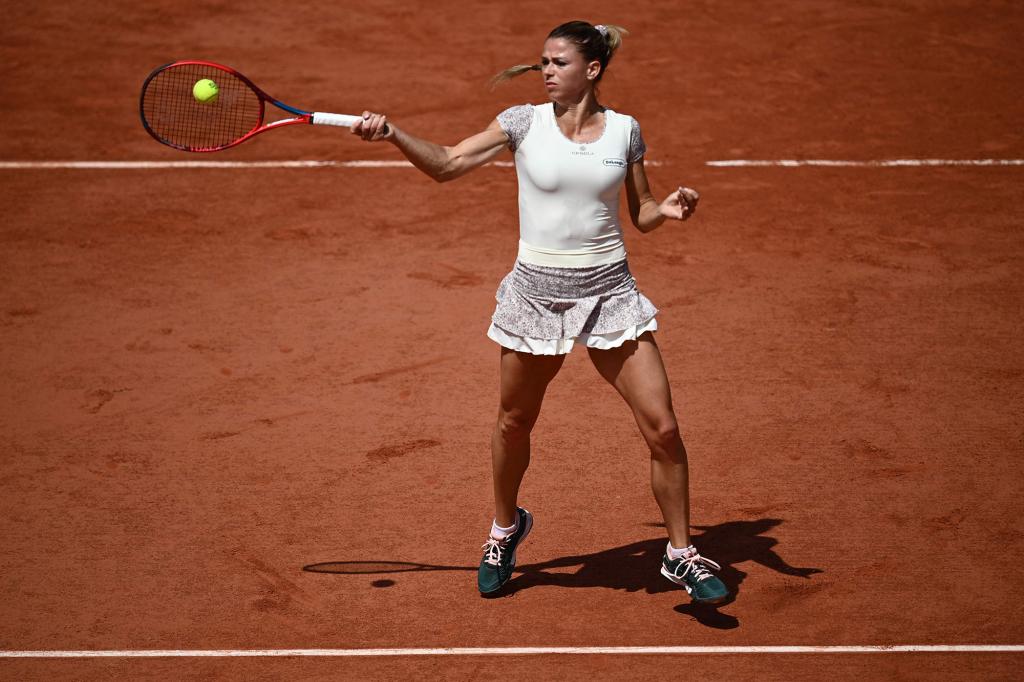 Camila Giorgi was asked about her choice of dress for the French Open third round, but the fashion faux pas didn’t distract the Italian as she walked past Paris.

World No. 30 Giorgi beat seventh seed Aryna Sabalenka 4-6, 6-1, 6-0 to advance to the fourth round at Roland Garros for the first time in her career as the carnage unfolded. continued in the women’s tableau.

Giorgi was questioned by the referee before the start of her match against Sabalenka, with the official appearing to have a problem with an oversized advertising logo on her dress.

“I have no change, it’s my only dress. I’ve played with it before,” Giorgi reportedly said.

According to tennis commentator Jose Morgado, the referee told Giorgi she could play in her outfit but would talk about it in the “office” after the match.

The problem is believed to be the size of kitchen appliance maker DeLonghi’s logo on Giorgi’s chest. Before the match, the 30-year-old posted a photo of herself in the locker room on Instagram, tagging DeLonghi.

Giorgi had worn the same style of dress earlier in the tournament but without the DeLonghi logo.