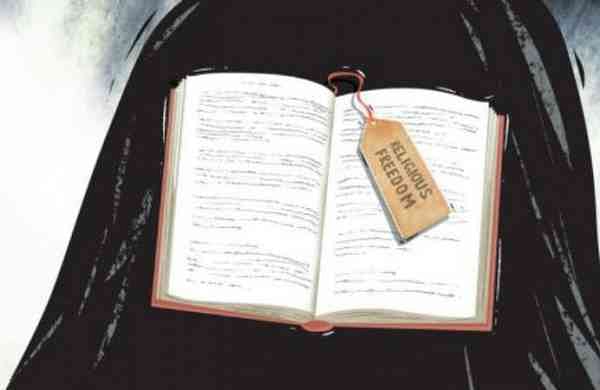 Clothing and the Right to Religious Freedom – The New Indian Express

A college in Udupi in Karnataka has made headlines for banning a few female students wearing hijab from attending classes. In the neighboring state of Kerala, the government has issued an order stating that female students of the Student Police Cadet (SPC) project will not be allowed to wear hijabs or long-sleeved dresses, which differs from the prescribed standard uniform for cadets. The order was issued based on an instruction from the Kerala High Court. It was a student who went to court claiming that her right to wear the hijab is protected by Article 25(1) of the Constitution. The court then asked the government to make a decision on the matter. While denying the student’s request to allow hijab, the government also said that religious symbols are not allowed in the CPS.

Similar controversies have taken place in the recent past. In 2016, a writ petition was filed challenging the dress code for the All India pre-med test. The code was intended to check for massive malpractice that allegedly took place. Justice A Muhamed Mustaque of the Kerala High Court, though he refused to interfere with the dress code, ordered that the code should not be enforced against applicants who cannot wear it due to “injunctions of their faith”. In a later case, however, the judge did not show this leniency. In Fathima Thasneem v Kerala State (2018), the court stated categorically that the management of a subsidized private school had every right to ban headscarves and long-sleeved shirts in the classroom, as these were inconsistent with the prescribed dress code . The court said: “if the management does not have carte blanche to administer and manage the institution, it would deprive its fundamental right.”

In Tinker vs. Des Moines (1969), the United States Supreme Court considered the legality of a public school authority suspending a group of students for wearing black arm bands as a symbol of silent protest against the Vietnam War. The court took a liberal stance favoring students and said that “it can hardly be said that students or teachers waive their constitutional rights to free speech or expression at the school gate”. The choice of dress is a form of expression and extra-constitutional limitations on this freedom are often unacceptable.

Article 25, paragraph 1, of the Constitution is generous in its wording and liberal in its prescription.

Dr. Ambedkar, who harshly criticized exploitation under the guise of religion, did not underestimate its influence in Indian society. He, on the other hand, emphasized the importance of religious freedom. As lawyer Abhinav Chandrachud pointed out, we are a “republic of religion”.

According to Article 25, freedom of conscience and the right to freely profess, practice and propagate one’s religion may only be restricted by justifications based on public order, morality, health and other rights-related provisions. of Part III of the Constitution. The first explanation of this article says that Sikhs can wear or wear the kirpan as it is part of the profession of their religion. Beyond borders, the Supreme Court of Canada in Multan (2006) upheld the right of a Sikh student to wear a kirpan while attending class, without harming others. India’s judicial approach has also been equally liberal. In Bijoe Emmanuel vs Kerala State (1986), students belonging to the denomination of Jehovah’s Witnesses were allowed to refrain from singing the national anthem which they claimed contradicted their religious faith. In

SR Bommai vs India Union (1994), the Supreme Court declared that the state should free itself from any religious affinity. Religious freedom is the hallmark of pluralism and inclusiveness. It aims to promote social harmony and diversity. While legitimate restrictions should be accepted, irrational and reasoned intrusion into religious notions should be avoided. Even in countries where laws on private discrimination are stricter, religious rights have been given the prominence they deserve. Thus, in Cakeshop Masterpiece Pvt Ltd (2018), a baker’s refusal to provide a wedding cake to a same-sex couple was upheld by the United States Supreme Court accepting his religious beliefs and convictions. In Ashers Baking Company Ltd (2018), the UK Supreme Court upheld another baker’s refusal to provide a cake with a message supporting same-sex marriage.

As Professor Heiner Bielefeldt puts it, the purpose of “reasonable accommodation” for religious freedom is “not to privilege religious or belief-based minorities over the principle of equality”, but “to reflect appropriately the principles of equality and non-discrimination in different societal contexts”. (Human Rights Quarterly Review, February 2013). We must understand that the idea of ​​fundamental rights aims to strengthen the level of tolerance and mutual respect between peoples.

But the Indian tragedy is that religious fanatics have been keen to use such controversies for narrow, sectarian purposes. The hijab, if it does not completely cover the face, does not have to be prohibited in a classroom. It does not harm others. At the same time, a teacher may want to see the faces of the students to lead the class effectively. A head veil is certainly permitted, while a face veil might not be. We have to find a balance, as far as possible. A society riddled with communal polarization must cultivate a constitutional mindset while considering issues of religious freedom. Pluralism and diversity are values ​​that the country has tried to cultivate since independence. Religious fanaticism, whether majority or minority, has only deteriorated the secular mosaic.

Sew what? History of fashion in the historical novel