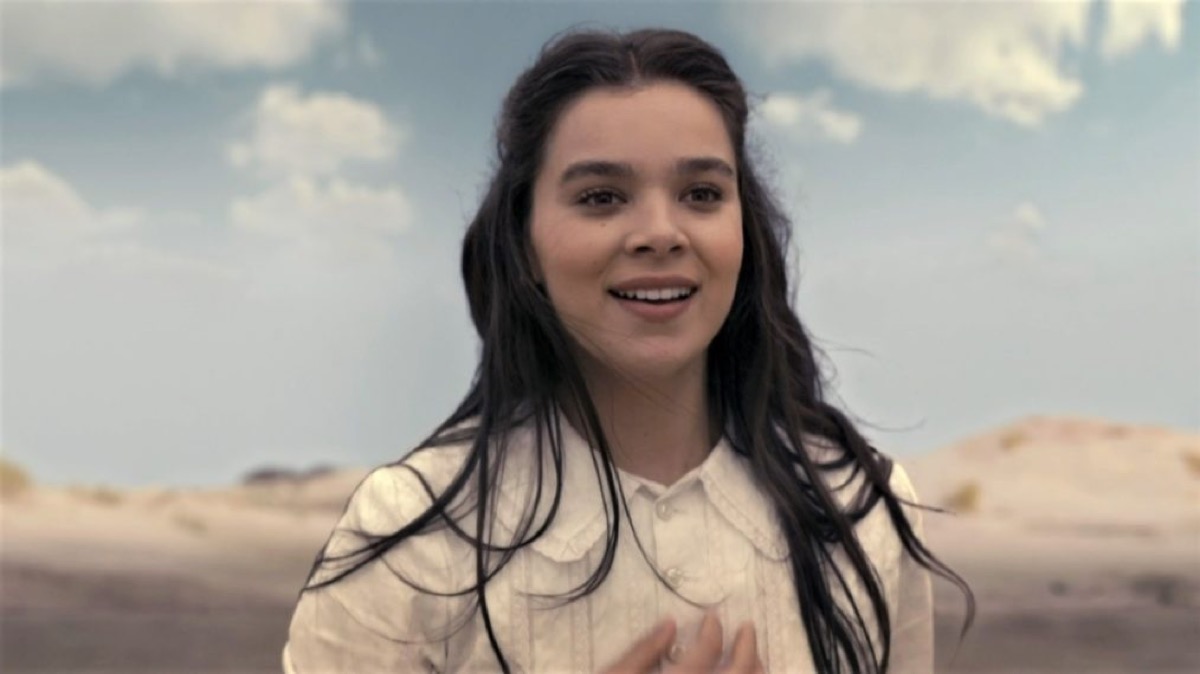 The epilogue of Apple TV + Dickinson wrapped Emily (Hailee Steinfeld) in a uniform worthy of a poet.

Created by Alena Smith, the coming-of-age story gave the American author a perfect send-off, tapping into her legend and heritage. The series finale “He Was a Poet -” sets up Dickinson’s conventional iconography – made of immaculate dresses – in an unconventional portrayal consistent with the series’ magical realism and comedic focus.

A conversation with a very dapper dead man (Wiz Khalifa) in the episode’s intro establishes the importance of the right outfit to be yourself. Counterbalancing Emily’s vibrant inner world, the young poet needs a blank canvas she can build on. Seamlessly, the tradition of her immaculate work clothes is incorporated into the show in time for her final arc.

Smith’s intelligent and empathetic writing and direction are able to transform a seemingly trivial and frivolous subject matter into something that demands the attention of the audience, providing an explanation for the poet’s preference for plain, white clothing. Determined to leave her corset days behind, the protagonist wants to create an innovative dress that she can sew and put on herself.

“We should be able to get in and out of our clothes on our own. It’s a basic requirement to be an adult, ”Emily told frustrated sister Lavinia (Anna Baryshnikov), who was told to unbutton her incredibly complicated dress.

In a few lines, Emily’s fashion urgency becomes a quest for independence. The poet is not only breathless in her tight corset; she is hungry for this agency which has been denied her all her life.

According to the researchers, Dickinson started wearing mostly white in his 30s, and the series takes this trend into account. With the help of a skillful seamstress and pragmatic confidant Betty (Amanda Warren), Emily sets out on a mission to find the most appropriate outfit to live, breathe and write as a self-reliant female artist.

She imagines her new dress as “made of light” and “sheer shapeless,” idealizing the fit and desperately in need of Betty’s pragmatic guidance to anchor it in reality. Yet Emily also wants to make the dress herself, despite Betty’s multiple offers. Doing the job alone is crucial for the protagonist’s self-determination. 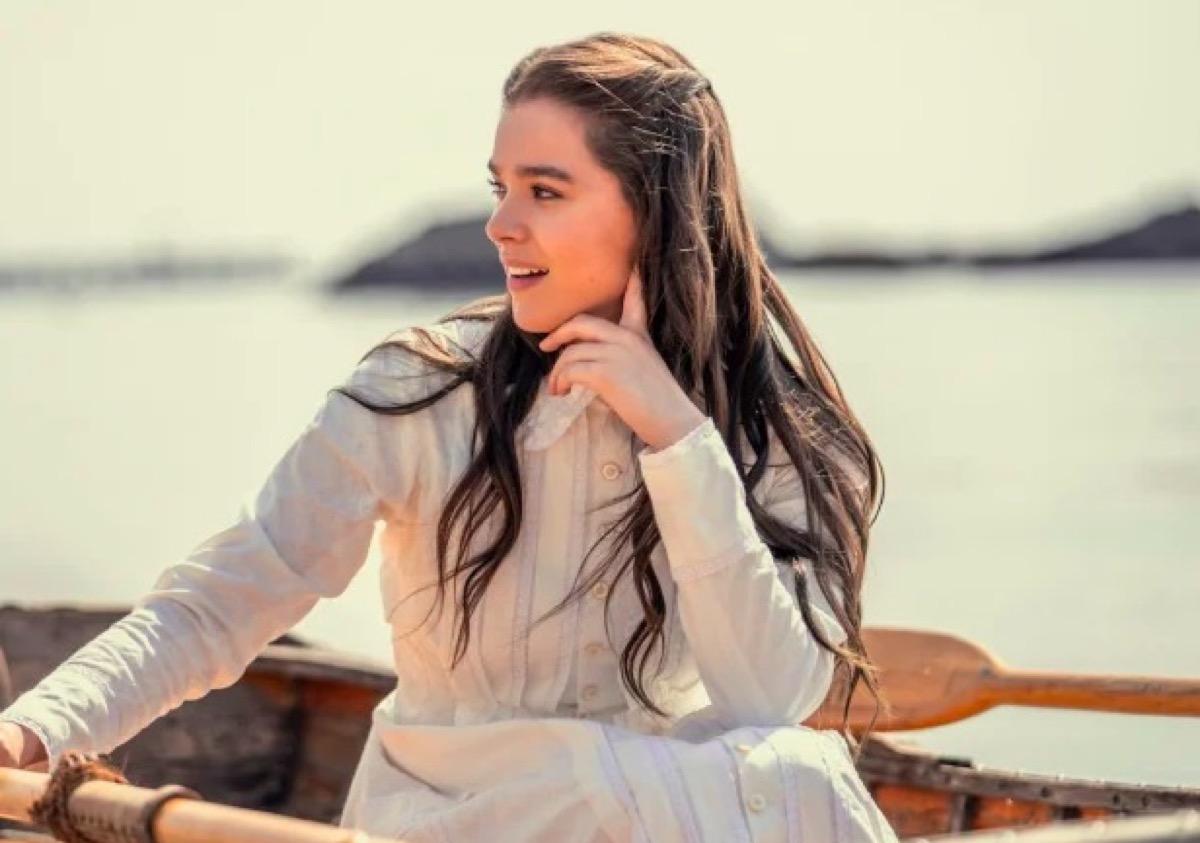 A penchant for white dresses has been pinned down to the poet following contemporary accounts. Writer Thomas Wentworth Higginson, who played a pivotal role in publishing Emily’s posthumously poems, was struck by her soft voice and crisp, exquisite dress when they first met. Likewise, writer and editor Mabel Loomis Todd wrote that Dickinson would dress ‘all in white’.

It is not known if these descriptions fully reflect Emily’s reality. However, the only garment known to have belonged to the poet and preserved to this day is, in fact, white. Part of the collection of the Amherst Historical Society, this is an unpretentious, corset-less house dress known as a ‘wrapper’, normally worn for household chores. Convenient, comfortable and easy to clean, the dress also features a single pocket on the right side, large enough to hold a pencil and scraps of paper.

In the words of Wentworth Higginson, Emily’s white is associated with simplicity, reflecting her relatively uneventful life in her family home. In addition to the canon, Smith manages to overturn the dismissive narrative built around the domestic poet. On the show, a colorless, unstructured piece of cloth becomes tangible proof of Emily’s forward-thinking attitude – the same pioneering approach viewers have had throughout this third season.

Lightweight and breathable, with buttons down the front (and pockets!), The dress makes its long-awaited debut in the final moments of the episode. Emily doesn’t get the chance to meet Colonel Wentworth Higginson (Gabriel Ebert) on this occasion, nor does she involve her family in what is, of necessity, a lonely task.

It is just that Dickinson would give viewers the very first glimpse of the white dress in a fantastic sequence. One montage focuses on the character of Steinfeld in his bedroom, dressed in a range of colors throughout the seasons. Emily later fixes her gaze on a maritime painting, and she imagines herself wandering on a beach with her dog, Carlo, when she hears the sirens call.

The scene is the inspiration behind his poem, “I Started Early – Took My Dog,” where Dickinson contemplates going out to sea – not lost, but found somehow. While Emily from the series regularly rows towards the horizon, she wears the dress. More than just a garment, the cape is also a proxy for its art: quietly revolutionary, a new land to inhabit and cherish until its very last days and, for us lucky readers and viewers, well beyond.

Want more stories like this? Become a subscriber and support the site!

—The Mary Sue has a strict comments policy that prohibits, but is not limited to, personal insults towards anybody, hate speech and trolling.—

Do you have a tip we should know? [email protected]