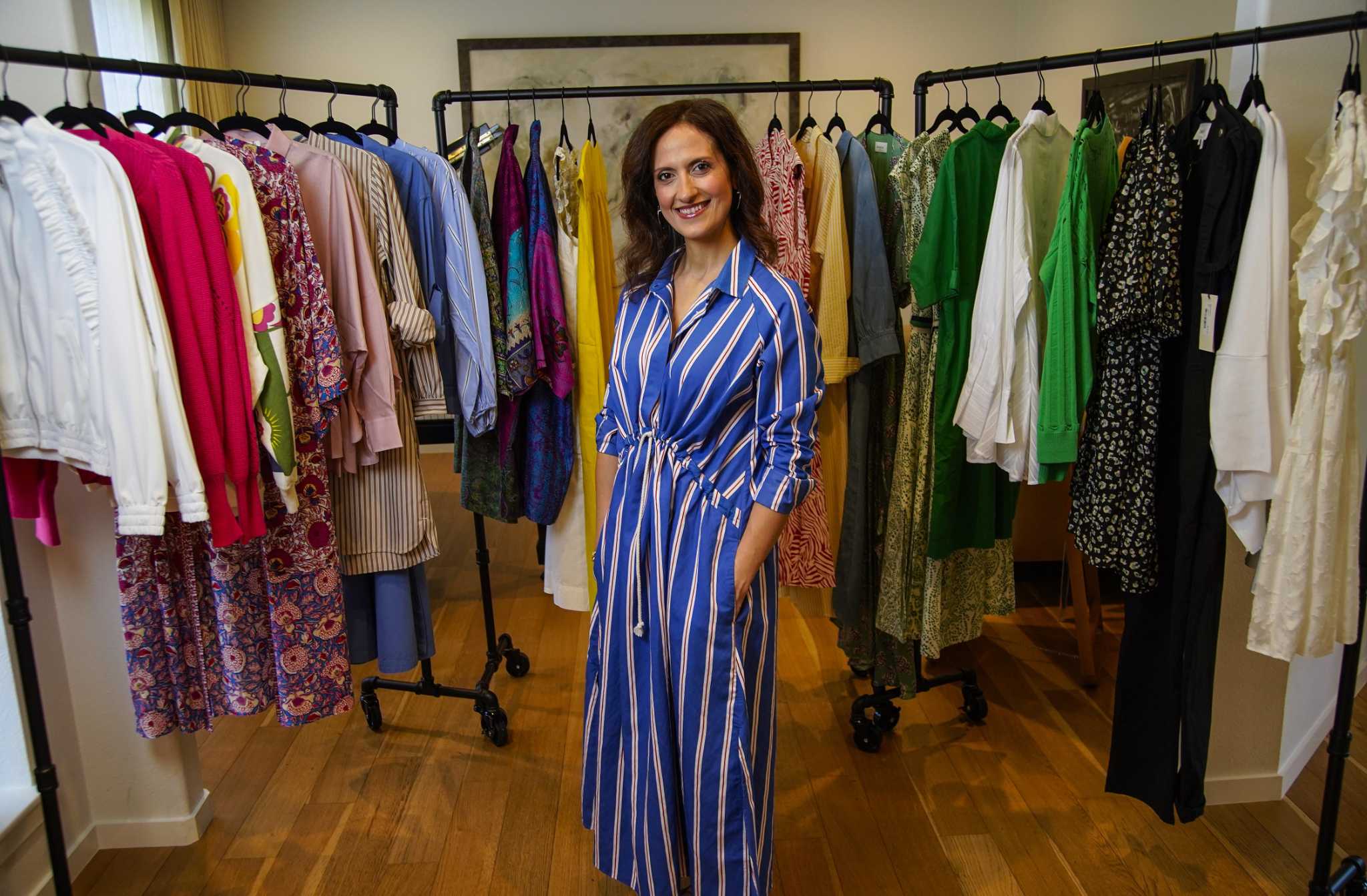 As a student in Paris, Dalia Selouan says she became addicted to French style and French brands.

After moving to Houston for a job in oil and gas, Selouan says she felt a void while shopping, feeling an attraction to the effortless way European women dress.

“Every time I went back to France, there was this heartbeat I had when I was shopping,” says Selouan, who learned to speak French when she was a schoolgirl in Lebanon and has lived in Houston for 16 years. .

“There’s something about it…they don’t overdo it,” she says of the timeless basics she bought as a student and still wear. “The pieces are so well cut.”

This spring, the former engineer launched Dear Paris, her love letter to the brands she once had to board a plane to access – following a passion for bringing her favorite European collections to the United States.

Through private appointments in her home showroom, Selouan dresses clients of established and emerging brands, many of which don’t have a presence in the United States outside of e-commerce.

“Nobody knows these brands unless they’ve been there,” she says of brands Chloé Stora, Hana San, Indies, Soeur, Garderob, Berenice and Stella Forest.

Whether it’s a simple striped tee, a calf-grazing shift dress or a denim blouse, Selouan says her shoppers notice how flattering the silhouettes and attention to building.

“The beauty of this one shows when you try it on,” she says.

Selouan generally buys only one garment in each size.

“The idea is like they go shopping…and take something home in their suitcase,” she says. “Like a little mini Paris.”

For fall, she’ll expand with a handful of additional brands, including jewelry lines, to complement the kind of effortless head-to-toe dressing that Selouan herself employs for trips to the Museum Quarter. with her three children or for dinners with friends at her house. favorite restaurants including Helen, BCN and Hugo’s.

“I choose pieces that are easy to wear and very comfortable,” she says. “It’s all about the modern woman.”

‘These clothes were like gold’: Fashion donors give refugees the dignity…