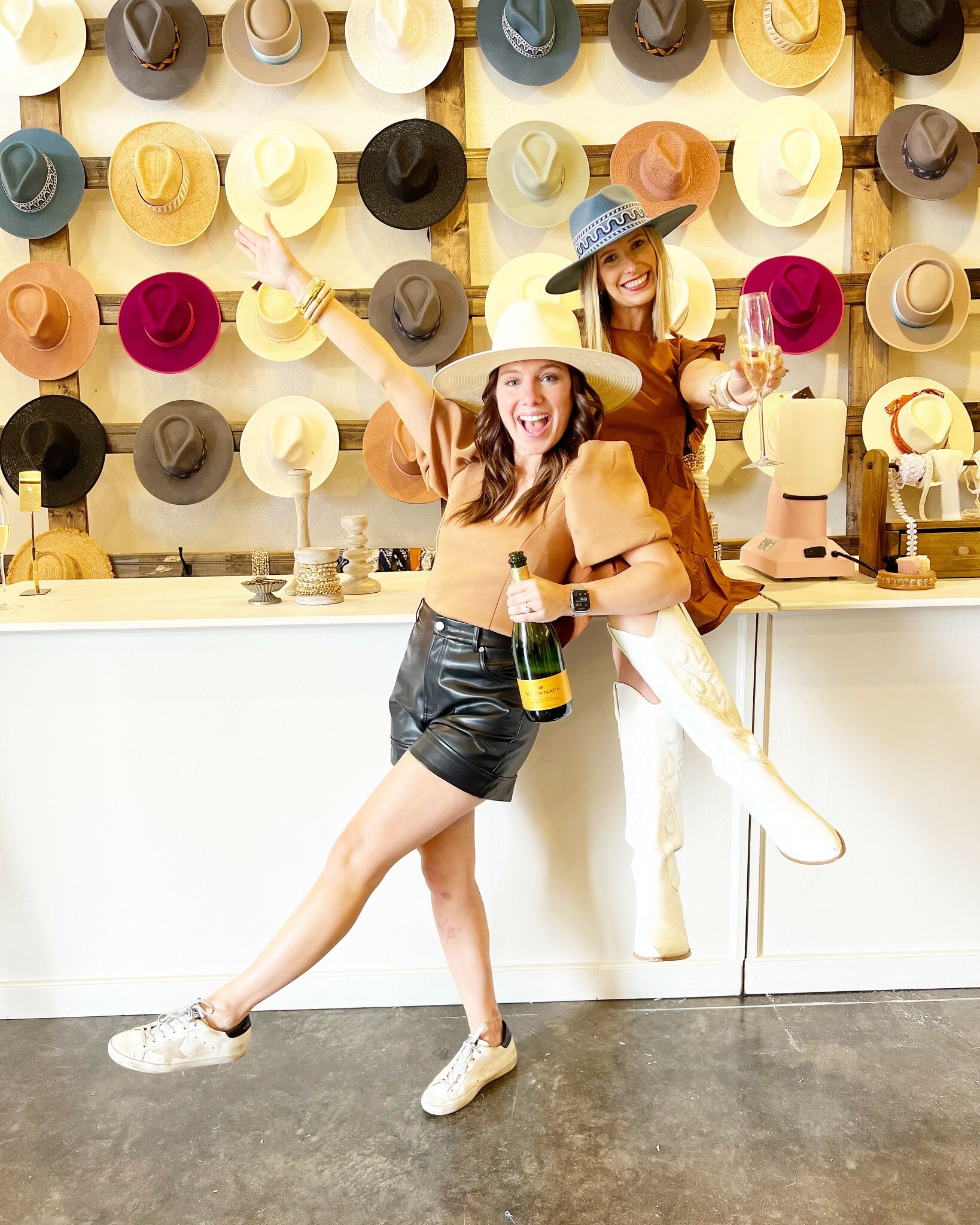 A new boutique in Fredericksburg barely had time to settle before it encountered a flood of customers looking to create a custom cowboy hat.

Eight days after they opened, a customer posted a TikTok video – which has since gone viral – of her experience at the new store, resulting in a boon to business.

Hill Country Titles: Get the region’s best stories delivered to your inbox

Copes, 25, said they have been busy every day since the client posted the video on March 12 showing her pink hat, personalized with her initial and with feathers on the band of the hat. The video has since been viewed 3.4 million times.

“Right after the TikTok video went viral, that’s when it all blew up,” Copes said. “It’s become so popular to design your own hat.”

Copes said customers have waited hours to create a custom hat, which costs between $180 and $300 at the store.

@jessicatrevino16 If you have the chance to go to Fredericksburg, TX you must visit the Felt store on Main Street ✨#customhats #fredericksburgtx #fredricksburg #felthats #hatseason ♬ Just A Little While – The 502s

“The average wait time for a hat has gone from 10 minutes to four hours with queues throughout our store,” Copes said. “That’s when we made the decision to only book service appointments (hats) to keep the experience pleasant and not rushed.”

In response to the popularity of hats, Felt Boutique posted a job posting for a “hat designer and stylist”.

The store is located at 339 E. Main St. in Fredericksburg and is open daily.

Another TikTok video from the store that was posted the same weekend as the viral video received nearly 500,000 views.