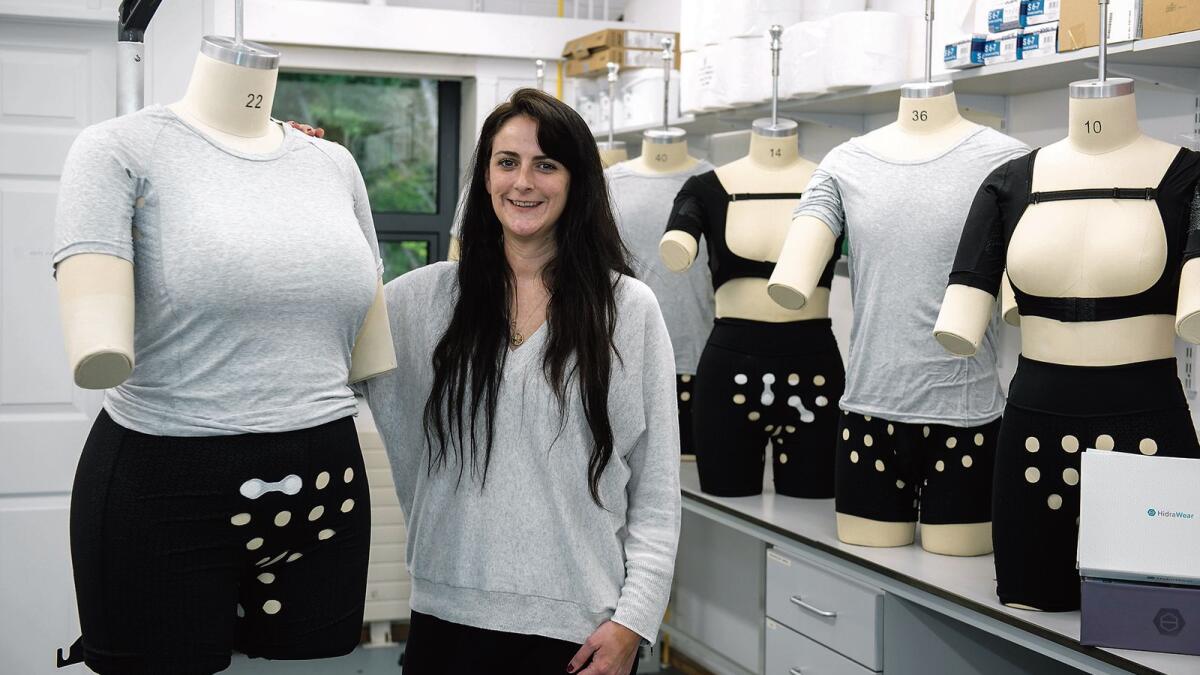 Suzanne Moloney, who had HS from a young age, has developed an innovative line of clothing that is available through health services here and in other countries at little or no cost to patients

HidraMed Solutions, a Galway-based medical device company, is seeking to raise €3 million as part of plans to double its workforce and accelerate growth in Ireland and a number of other markets around the world .

The company, which is backed by Enterprise Ireland and has won numerous innovation awards, was founded in 2016 by Suzanne Moloney. She has developed a one-of-a-kind solution for those suffering from hidradenitis suppurativa (HS), an incurable and chronic skin disease that causes painful lesions and abscesses in the armpits, thighs and groin.

Moloney, who has had HS herself from a young age, said she started the business because of the lack of effective treatments available for the disease.

“It’s a really tough disease to live with, because you have all these boil-like lesions in really delicate areas of your body. They’re very common and they rupture often,” Moloney said.

“You have to keep them covered with an absorbent bandage so you can go out and live your life without worrying about leaks on your clothes. But keeping them covered was always a struggle for me when I was in school, college, and work. It was just a constant battle to keep the bandages on, especially on my armpits.

In 2012, at a friend’s bachelorette party, Moloney went to shake hands with the mother of the bride. A bandage she had taped to her armpit fell to the floor. “It was a real turning point for me,” she said. “I said, ‘Enough is enough. I will try to do something to solve this problem. ”

Moloney’s idea was an adhesive-free dressing in the form of specially created underwear, and that’s how HidraMed was created.

Today, the company’s products include unisex crop tops and t-shirts, as well as men’s and women’s briefs. All products look like ordinary fashion items, but discreetly incorporate a highly absorbent pad with a secure fastening tab.

“It’s basically like a Velcro strap that hooks onto the bandage through the holes in the garment,” Moloney said. “The dressing is retained on the garment rather than against the skin.”

HidraMed’s garments have been “reimbursed” in Ireland, Britain, the United States, Germany and the Netherlands, Moloney said, meaning they are available through health services or insurance. “There is therefore little or no additional cost to patients,” she said.

For HS patients, clothing is a game-changer, filling a void that has left them struggling with painful lesions and sometimes embarrassing issues with dressing.

“We published a patient study that shows people with HS have much higher rates of depression and even considered suicide in some cases,” Moloney said. “There are also higher unemployment rates because of this; people go from job to job and can’t really work because there’s so much pain there.

HidraMed currently has five employees and aims to grow that number to 12 by the end of 2022. “We have laid a very good foundation for growth,” Moloney said. “We are very well placed, we have distribution agreements in place and we have distributors who sell our products. So now it’s about growing the business.

Thousands of shoppers support local businesses at Boutique Pop Up