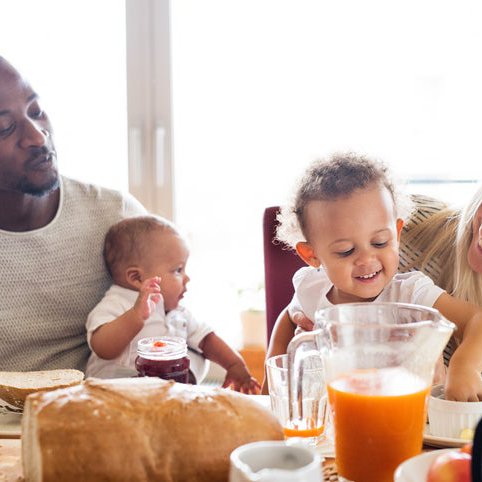 Children learn on the playground to compromise. Maybe it’s time for adults in Congress to learn the same lesson.

Talking about a divided America sells newspapers. However, for most of us, our differences are just that – differences. They are not the start of another civil war or a reason to hate our neighbors. Differences come from filtering information through our own experiences, and no two people experience life exactly the same.

When historians reflect on this era, they will likely focus on our shared culture and the things Americans have in common. And one thing the majority of American parents had in common in 2021 was the improved monthly child tax credit. What will historians write about the enhanced child tax credit and its impact on American families? While there’s no way to know for sure, it’s a safe bet that historians will investigate the following three things.

1. The impact on the average family

In April, the bipartisan nonprofit group Humanity Forward released a study titled “The Impacts of the 2021 Expanded Child Tax Credit on Family Employment, Nutrition, and Financial Well-Being.” Not only is the title a mouthful, but the report is filled to the brim with interesting facts. For example, due to the enhanced Child Tax Credit:

As Humanity Forward says, “money is protection”. For many Americans living on the brink and worried about how they will pay for groceries, even a little extra cash can be the difference between desperation and protection.

Given that improved child tax credit payments have helped lift 3.7 million children out of poverty, it’s hard to call the program anything but a success.

2. Some states needed more help than others

Treasury Department data revealed that these 10 states received more child tax credit money than all the others:

Not a single Republican voted in favor of the enhanced child tax credit, meaning 19 of 20 senators representing those 10 states voted against sending out enhanced payments. The only exception is Senator Jon Tester, a Democrat from Montana. Interestingly, all but one of these states also have a Republican governor.

President Joe Biden hoped the improved payments would continue through at least 2025, helping families pay for necessities. Republicans fought tooth and nail to end the enhanced Child Tax Credit after six months, pushing 3.7 million children back into poverty. Here are some of the reasons why:

Hopefully the subject of the improved child tax credit will have a happy ending, even if it means making compromises in the nation’s capital. But if politicians can learn to compromise in these partisan times, it will be truly historic.

If you use the wrong credit or debit card, it could cost you dearly. Our expert loves this top pick, which features an introductory APR of 0% until nearly 2024, an insane payout rate of up to 5%, and all with no annual fee.

In fact, this map is so good that our expert even uses it personally. Click here to read our full review for free and apply in just 2 minutes.

Get No Credit Check Loans with Guaranteed Approval

Get a cash advance with bad credit