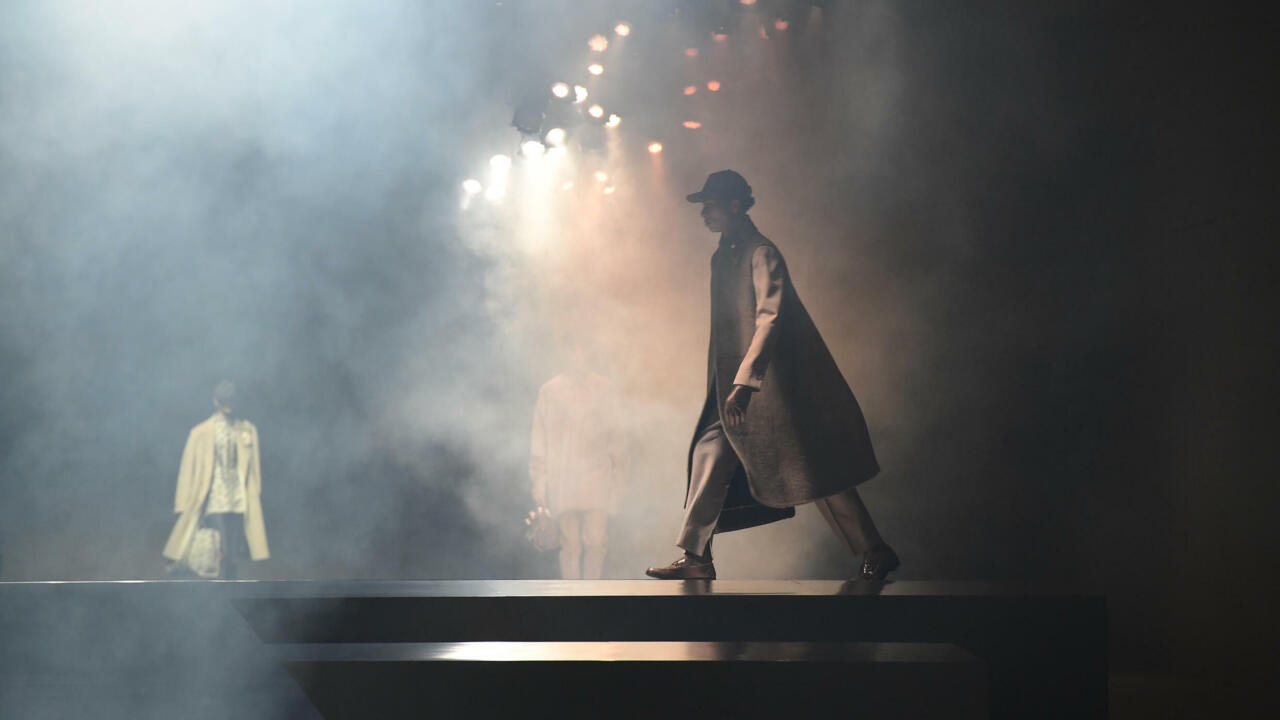 Designer Silvia Venturini Fendi was inspired by the dandy of the 1920s during her fashion house’s show on Saturday, punctuating the refinement with touches of eccentricity.

The collection also aimed for a more fluid take on typically gendered clothing, with wide-leg pants turning into half-skirts.

“We women wear men’s jackets, I don’t see why they couldn’t take inspiration from our wardrobe,” said the designer, granddaughter of the founders of the Italian fashion house.

During the show of the Sicilian duo Dolce & Gabbana, casual and sartorial styles mixed to celebrate the return to the great outdoors.

Designed to appeal to a younger generation, the show featured rap and punk music orchestrated by Machine Gun Kelly.

Others were wrapped in thick, oversized, brightly colored puffer jackets or eco-friendly furs, ready to brave the winter chill on post-Covid excursions.

And like at Fendi, the skirt is part of the men’s wardrobe, the designer duo citing the ability of young people to choose their clothes freely, without worrying about gender.

Both shows went ahead despite the disruption wrought across Europe by the booming Omicron variant, which curtailed the fashion week schedule.

After Giorgio Armani announced his withdrawal, the number of physical shows fell from 23 to 16. Eighteen brands opted for a purely virtual presence, while others presented their collections by appointment.

Still, those who have gone forward, like Dsquared2 on Friday, have embraced the return to the podium.

In their first live show in two years – attended by soccer star Zlatan Ibrahimovic – the Canadian twins behind the brand presented a festival of bright yellows, pinks, reds and blues alongside floral designs, sequins and crystal embroidery.

With a glimmer of hope and plenty of excitement, Dsquared2’s globetrotting styles were a snap to get out of the cocoon and off on a long-awaited journey.

Opening of a free shop to help working professionals