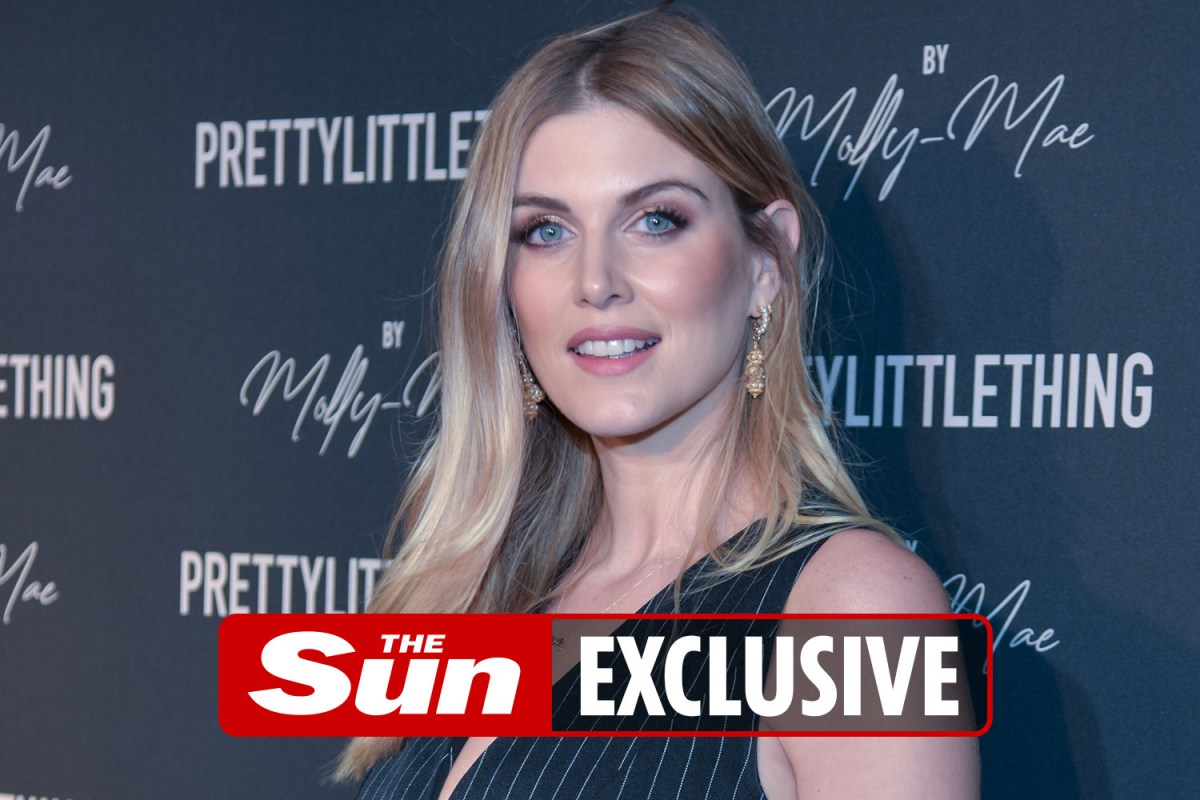 Molly-Mae Hague is an inspiration

MOLLY-MAE Hague is an inspiration – the ‘intimidating’ fast fashion protesters need to leave her alone, Ashley James said as she supported the star.

The former Made in Chelsea star, 34, said she attended the PrettyLittleThing parade to ‘support ambitious women’ – but was insulted by protesters when she arrived.

Around 20 people gathered outside The Londoner hotel, Leicester Square, holding signs and shouting through megaphones.

Speaking exclusively to The Sun, Ashley said: “When I walked in I was looked at straight in the eye and said if you’re coming to this event you’re not supporting women.

“I don’t know Molly-Mae, I’ve never met Molly-Mae, she’s literally a classic example of a young girl who gets so much hate and trolling.

“Some of the comments she makes are exactly the same as so many other people have made and no one is hated as much as her.

“For the people out there protesting, I’m here to support arguably the most successful reality star in the country, a lot of people are getting the same platform, myself included. I’m from reality TV, like her .

“I think it’s so amazing and ambitious what she’s done. I’m here to support a girl that I don’t know well.

The new mum said it was one of her first events she had attended since welcoming baby boy Alfie in January 2021 and admitted she was alarmed by the protests.

“It’s also very intimidating, it’s one of the first events I’ve done since being a mum, it’s so weird to say, I’m so sensitive to a lot of things and then I come and I deal with it,” Ashley says.

“I’m here to support people who are doing good things. If they want to protest, they have to go to the head office and protest.”

Speaking about fast fashion, Ashley pointed out that it’s not fair to shame fast fashion shoppers because everyone has different circumstances.

Recalling her own experiences, Ashley said: “Until very recently I was living in my overdraft and I think it’s a very privileged thing to say don’t buy fast fashion.

“For me, I had like a formal dress that I wore, it was my going out dress in college and after college.

“I didn’t have enough money.

“I think it’s a privilege to say buy better clothes.

“I’m in my 30s now and getting to the point where I can afford to choose but I don’t buy clothes all the time and I feel like different people have different views. .

“Like children’s clothes can be so expensive. It’s deeper than that.

“Molly-Mae is a young girl, she’s 22 and you hear her ‘be nice’ all the time and think about what you say to people.”

A Love Island star was among the protesters who stormed Molly-Mae’s event.

This included Brett Staniland – a PhD student and model from Derbyshire who starred in Love Island last year.

He held up a sign that read, “There’s nothing pretty about wage theft.”

A source said: “I was so shocked to see Brett here – he was on a fast fashion sponsored show.

“But he was there holding a sign saying ‘Pretty Little Thief’ and shouting how ‘shameful’ it was that we were all there.

“He was shaking his head as people rushed into the event.”

Ahead of the event, Molly spoke to The Sun and revealed what goes on behind the scenes of her role as Creative Director at PrettyLittleThing.

The 22-year-old has been in the job since August last year and her contract with PLT is believed to be worth seven figures.

“I wasn’t surprised by the amount of hard work being a creative director, because I think I gradually accepted the role.”

Molly also insisted that her position at the company is not as important as some might think.

She continued, “I think people twist it and I think I’m in charge of the whole brand, and I’ve come in and I’m going to overturn everything. But that’s just not the case.

“I give my creative input where I can and give my ideas. I’ve been a consumer since I was 14, so I know what I want to see from this brand. I’ve gone from PLT customer to influencer to a brand ambassador and now creative director.

“I made this step-by-step decision. I know what the brand has to offer customers and how we can improve it.”

We pay for your stories!

Do you have a story for The Sun Showbiz team?

How does an installment loan process work at Heart Paydays?