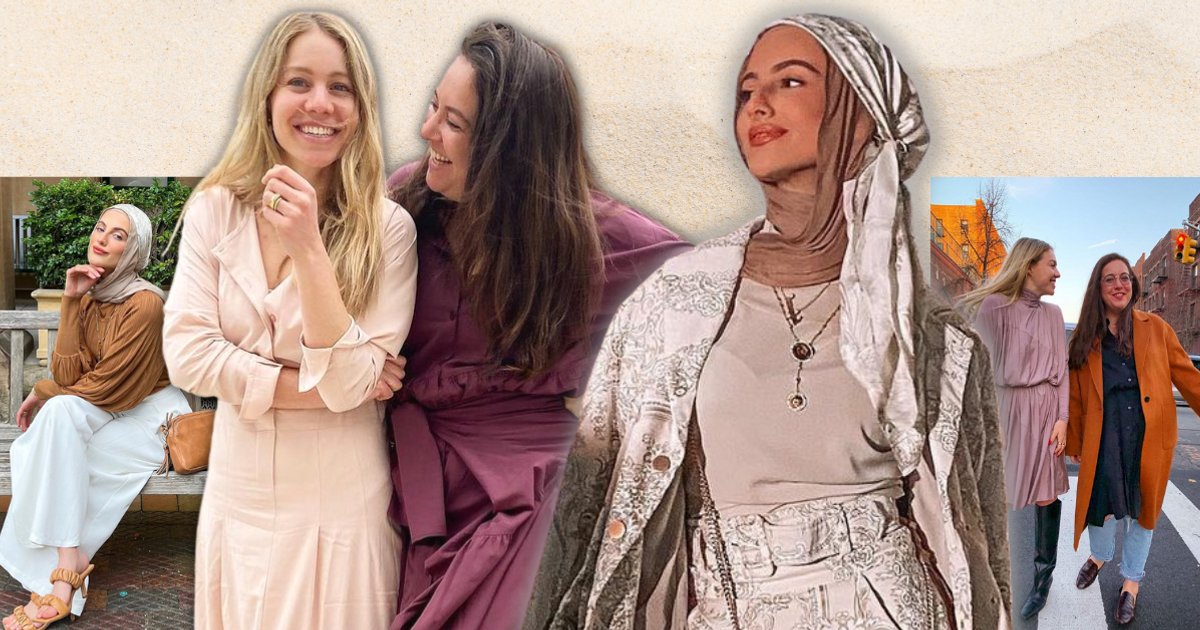 “We would find a mini dress and add lace to it so it was knee-length,” Chaya explains. “It became a creative quest to be unique and different, but to be in fashion. Not just buying a knee-length denim skirt because it’s easy.

But it wasn’t until they were 20 that Simi and Chaya took their passion to another level.

They both had just gotten married when they found themselves in the United States, working jobs they didn’t like. Chaya was in New York selling luxury watches, while Simi was in Cleveland earning $9.75 an hour in retail.

Chaya was on her lunch break one day, chatting on the phone with Simi when it happened.

“We were like, why are we doing these jobs? We can do something for ourselves,” she recalls.

“And I think we always dreamed that for ourselves. To make it big somehow.

Simi and her husband moved to Crown Heights, and soon after, she and Chaya began to get noticed for their unique style: modest, yet modern, with an edge.

There was a ‘laid back’ vibe – reminiscent of the Australian surf culture they grew up in. And they weren’t afraid to experiment with colors, bold accessories and interestingly layered pieces.

Simi has also pushed the envelope by wearing jeans – trousers are traditionally forbidden in tzniyut – but she always wore a dress over it. It literally started a trend.

From there, they decided to start a pop-up consignment business of modest designer clothes. They raided thrift stores and the closets of a handful of stylish Orthodox women they knew to curate a collection. The Frock NYC was born.

There was no Instagram promotion back then. Instead, they cut out a vogue magazine to create a collage flyer, make copies and stick them on lampposts across Crown Heights.

“Our husbands were carrying the clothes in large trash bags,” Simi says, reflecting on the first pop-up.

It was a great success. Over 200 women participated – “and we won thousands of dollars that night.”