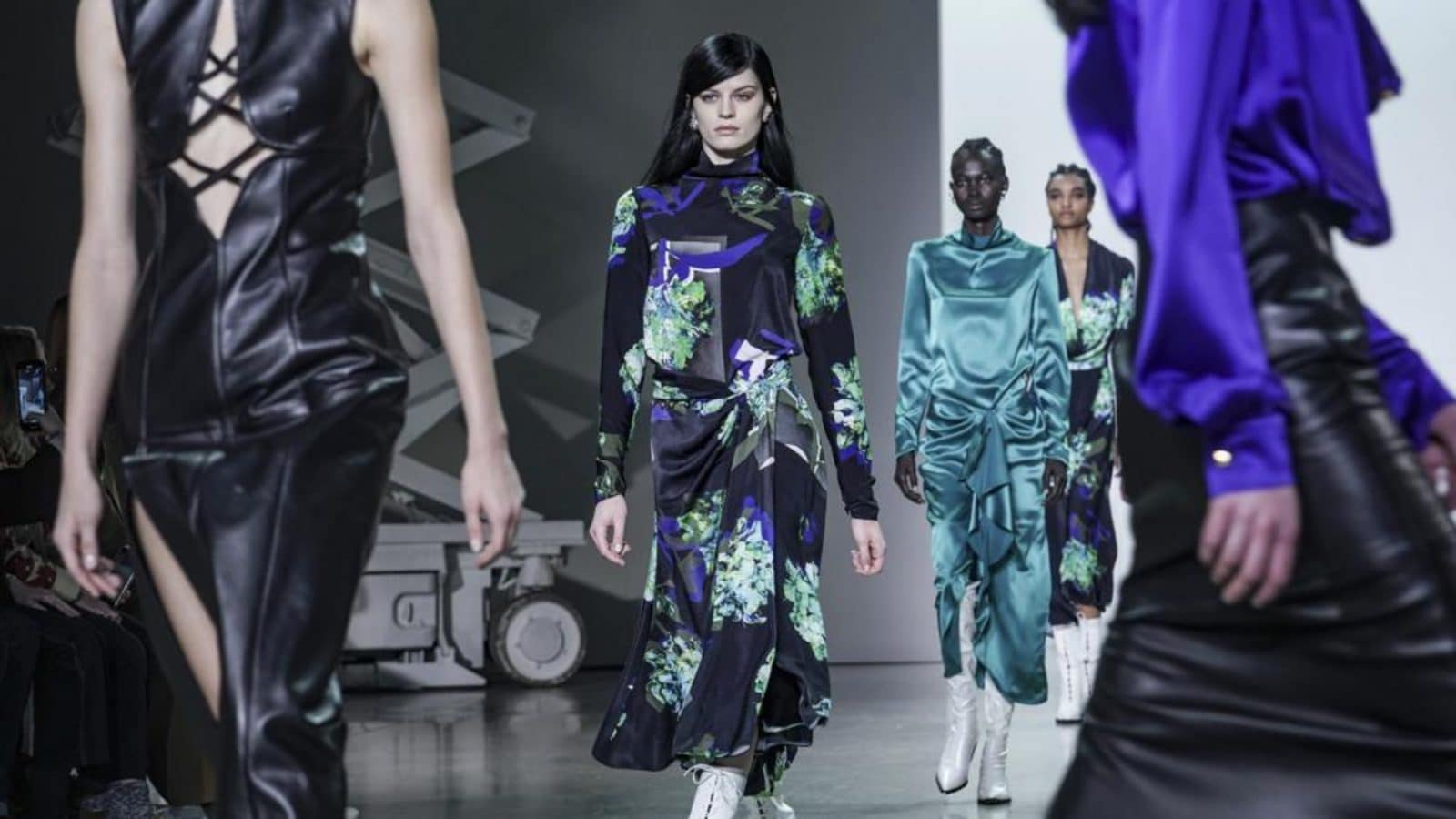 Prabal Gurung blended his love for his adopted city of New York and his homeland of Nepal in a Fashion Week show featuring psychedelic flower prints infused with New York edginess.

Gurung left behind the more political themes of some past collections for a dreamy travel vibe during Wednesday’s show at Spring Studios in midtown Manhattan. The designer married dip-dye prints and textiles from Nepal with a New York sensibility: plunging silky tops, form-fitting midi dresses and thigh-high boots.

“It’s a love song from New York to Nepal,” Gurung said in a pre-show interview. “It’s a celebration of women from here and elsewhere.” The creator, who was born in Singapore and raised in Nepal, said in show notes that due to the pandemic, it had been several long years since he had been to his native country.

“For my homeland is like an insatiable craving, but I always visit it in my daydreams, my childhood memories and my precious photo albums,” he said. He noted that “the beauty of my homeland is often glossed over, and with it, its women are overlooked. So here I seek to tell the visual story of the radiant, heavenly, and glorious women who define the nation.

The designs have gone from a palette of jewel tones to bold pops of color. Gurung said he imagined “Nepalese village women…reimagined in a cosmopolitan New York setting full of impossible dreamers”.

A common thread was the strappy cut-out details on the front and back of her designs – reminiscent of the outfits that became popular among Generation Zers. But for Gurung, the strappy looks had a more sentimental attachment, with the cutouts playing off the traditional blouses worn by Nepalese women.

While Gurung’s collection featured fashion-forward styles, he showed off his playful side by showcasing his country’s national flower, the rhododendron. In Nepal, Gurung, said fuchsia flowers cover the mountains, providing an almost intoxicating experience while hiking.

Gurung said this season he wanted to inspire his audience to dream and travel — especially now, after two years of the pandemic.

“I always walk the fine line between hope and pragmatism,” he said.

Opening of the first exclusively plus-size bridal boutique in Fayetteville