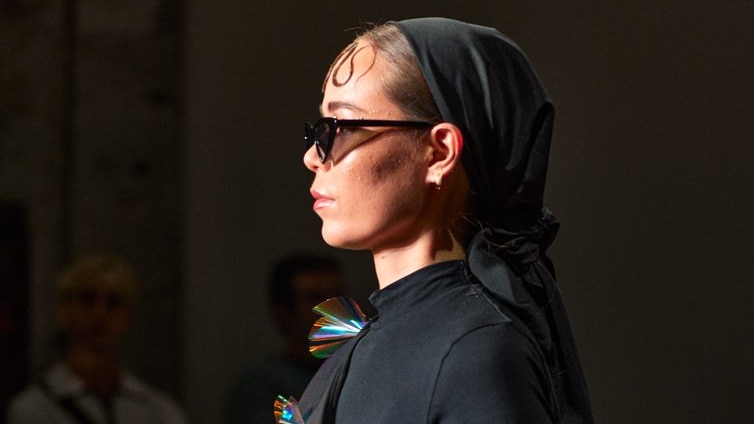 Glancing down the runway from backstage at Australian Fashion Week, Afghan-Australian designer Mariam Seddiq could hardly believe what she was seeing.

“It was amazing. I was like, ‘how’s it going?'” the Western Sydney-based designer said.

“At this time last year, she was there (in Afghanistan). She never thought she would do something like this.

“A woman can’t even walk out the front door right now.”

The pair first met when Ms Seddiq was looking for women skilled in traditional Afghan beadwork, known as mora doozi, to use in her clothing.

A local contact in Fairfield, Sydney’s west, put her in touch with Ms Bakhtiari, her mother Zakia and a friend, who had recently arrived in the country, after leaving Kabul airport for an evacuation flight military.

“I went to their apartment and saw their work and I knew I had to bring beadwork back into my designs, so they would have work, but in an artistic way,” she said.

It was during their collaboration that the idea that Ms. Bakhtiari could come out of the shadows to exhibit her work was born.

“While they were working outside, hand sewing, (Nazdana) mentioned that she might want to model for me, so she’s been training for three weeks,” Ms Seddiq said.

Ms Seddiq sees her designs, a mix of couture dresses, suits and jewelry as a way to empower women.

“It’s not just because of this Afghanistan thing. A lot of women forget how strong they are and what they are capable of. So it’s really important to bring it out from all walks of life,” said she declared.

“It looked more like a real show than a really curated show of skinny models,” Ms Seddiq said.

Ms Seddiq said Australia had been slow to appreciate the work of its culturally diverse designers.

“I started in Los Angeles and got noticed in the States before I started getting attention at home.

“It’s time for Australia to embrace its brown people. And hopefully that will lead to more female breadwinners, more female bosses because it’s more than fashion.”

Can you get a jobless loan? Here’s what you need to know