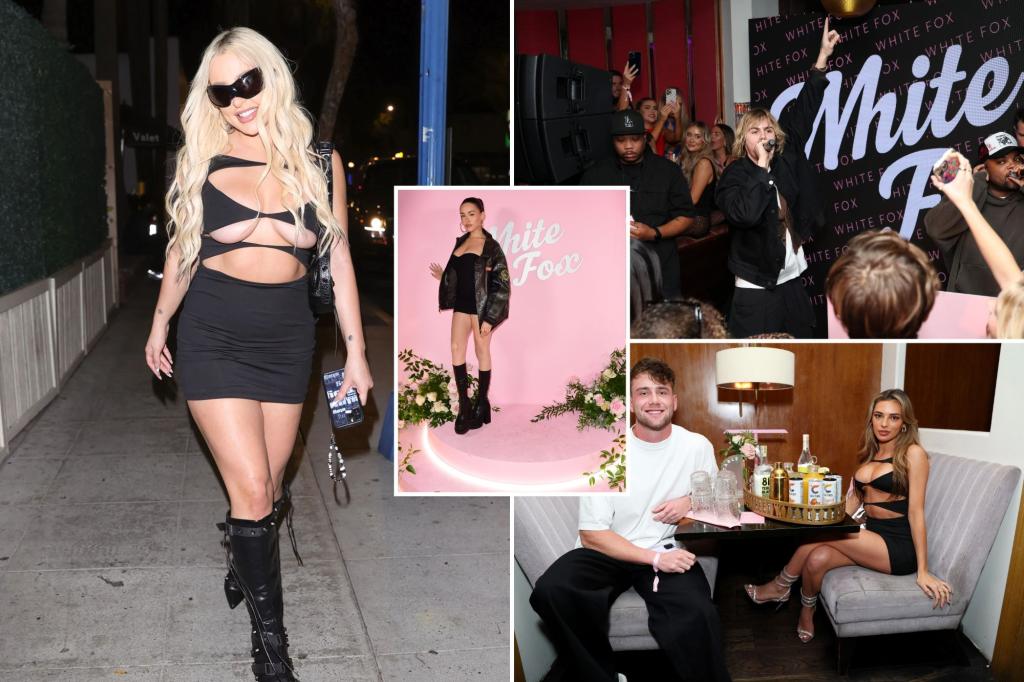 A string of American celebrities stepped out in an incredibly racy cut-out dress from an Australian retailer that costs less than $80.

The “Eyes On Me” mini dress from White Fox Boutique features a sexy “slash” effect on the chest, revealing the wearer’s midriff, underbust and cleavage.

At a star-studded event hosted by the brand in Los Angeles on Thursday, countless well-known faces witnessed the racy LBD being worn.

Actress Brooke Schofield also chose to wear the dress at the party with a spokesperson for the brand who told news.com.au it was “the dress of the moment”.

Regular and non-celebrity shoppers are also loving the cutout dress, sharing snaps of themselves wearing the racy design on social media.

Comments under the countless Instagram posts show women in the outfit, with many saying, “Love it.”

“Such a cute outfit,” one said.

“Love the dress,” added another.

The 41-year-old finished the look with a pair of silver open-toe platforms and a shimmering silver handbag.

Madison opted for a little black dress which she teamed with a trendy vintage moto jacket and chunky boots.

White Fox Boutique was launched in Sydney in 2013 and is a popular boutique for affordable yet stylish pieces.

The brand is best known for its loungewear range, recently hosting a launch party at Eros nightclub to celebrate “Project 5”, its latest collection from the popular range.

Every attendee wore the comfortable lounge pieces to the event, with guests including TikTok star Jack Cooper and model Imogen Anthony.