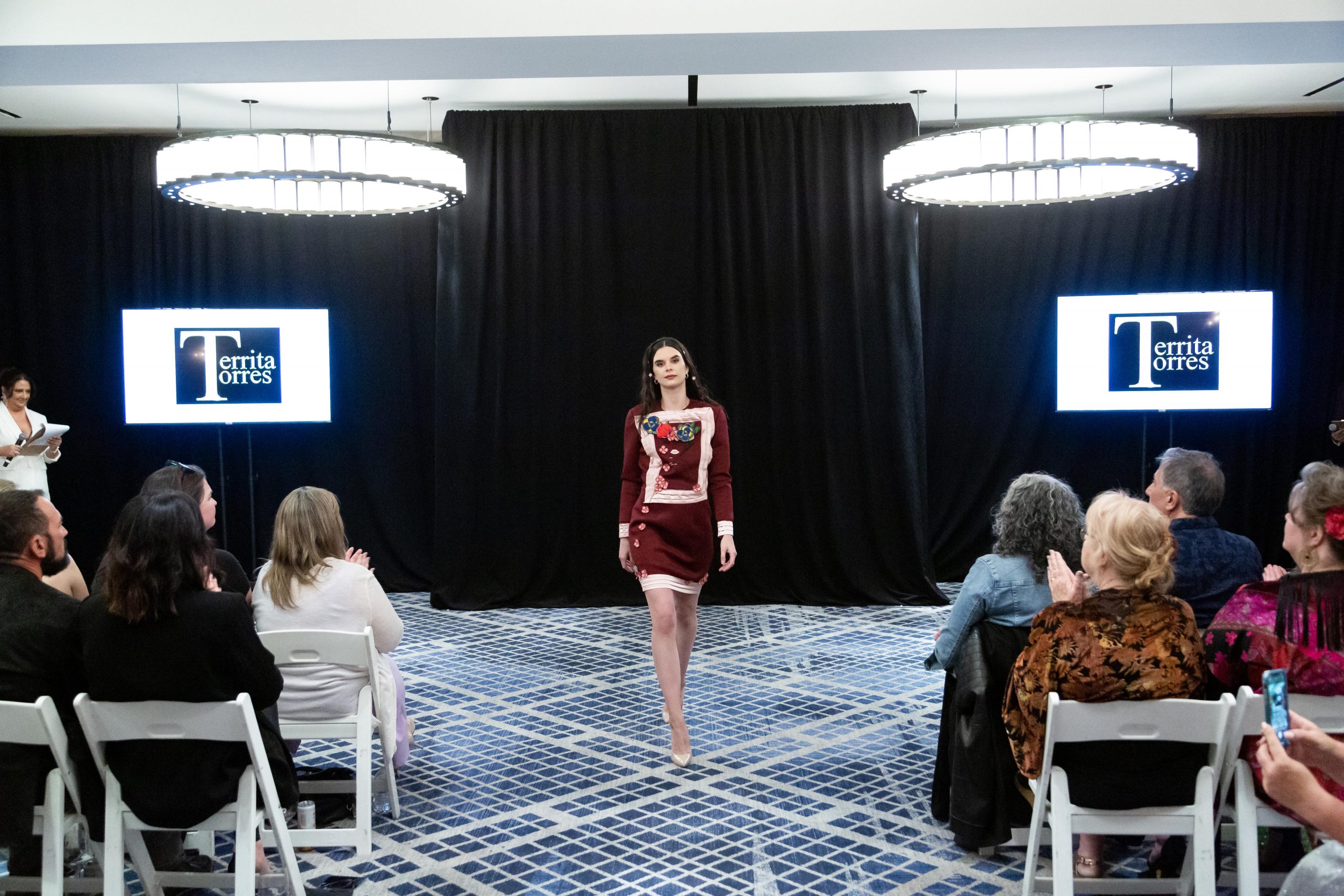 Look for these designers at the FWSD22 designer shows. The event will take place on October 8 at the Andaz where each designer will launch a collection of 10 pieces. FWSD2022 will feature a Knobbe Martens Legal Workshop on July 7 from 6:30-8:30 p.m. This event will cover intellectual property law issues.

Hosts for the evening were NBC 7 San Diego meteorologist Jodi Kodesh and longtime commentator Jonathan Harris. The fun started with Kevin DelMaestro of Saxophone Music SD. He wowed the crowd and at one point was playing his tenor saxophone on the floor.

SD Stylist Angel Tan was part of the Community Night to make the spring showcase more interactive and bring in sponsorships/partnerships with FWSD. She is a wedding stylist who was featured on E Entertainment and worked as an event stylist and coordinator for famous WWE wrestler John Cena.

FWSD2022 was lucky enough to book award-winning comedian Jason Stuart for this kickoff. He has starred in over 250 movies and TV shows, including “GOLIATH” with Billy Bob Thornton. He just won Best Actor in an Independent Series with his hit show on Amazon Prime, titled “Smothered.” Stuart performed a comedy as part of the community night ahead of the 2022 creator announcements.

Additionally, FWSD will showcase Haute STEAM. This is a youth fashion sustainability workshop on July 23 from 9 a.m. to 2 p.m. This summer program will allow students under the age of 18 to find out what part of fashion they want to specialize in before applying to a fashion school. For updates, visit fashionweeksd.com.

April 8-Oct. 2: “Fold, twist, tie” – This is an exhibit on Moses’ paper hats at the Mingei International Museum in Balboa Park. Open 10 a.m. to 5 p.m. Saturday to Wednesday and 10 a.m. to 8 p.m. Thursday to Friday. At the same time, there will be a lecture by Diana Cavagnaro on Hats at Coffee and Conversation, which will take place on June 24 from 10:30 to 11:30 am at the Frances Hamilton White Art Library.

Diana Cavagnaro is an internationally acclaimed couture milliner based in the San Diego area. Learn more about our hat designer, teacher and blogger at www.DianaCavagnaro.com.