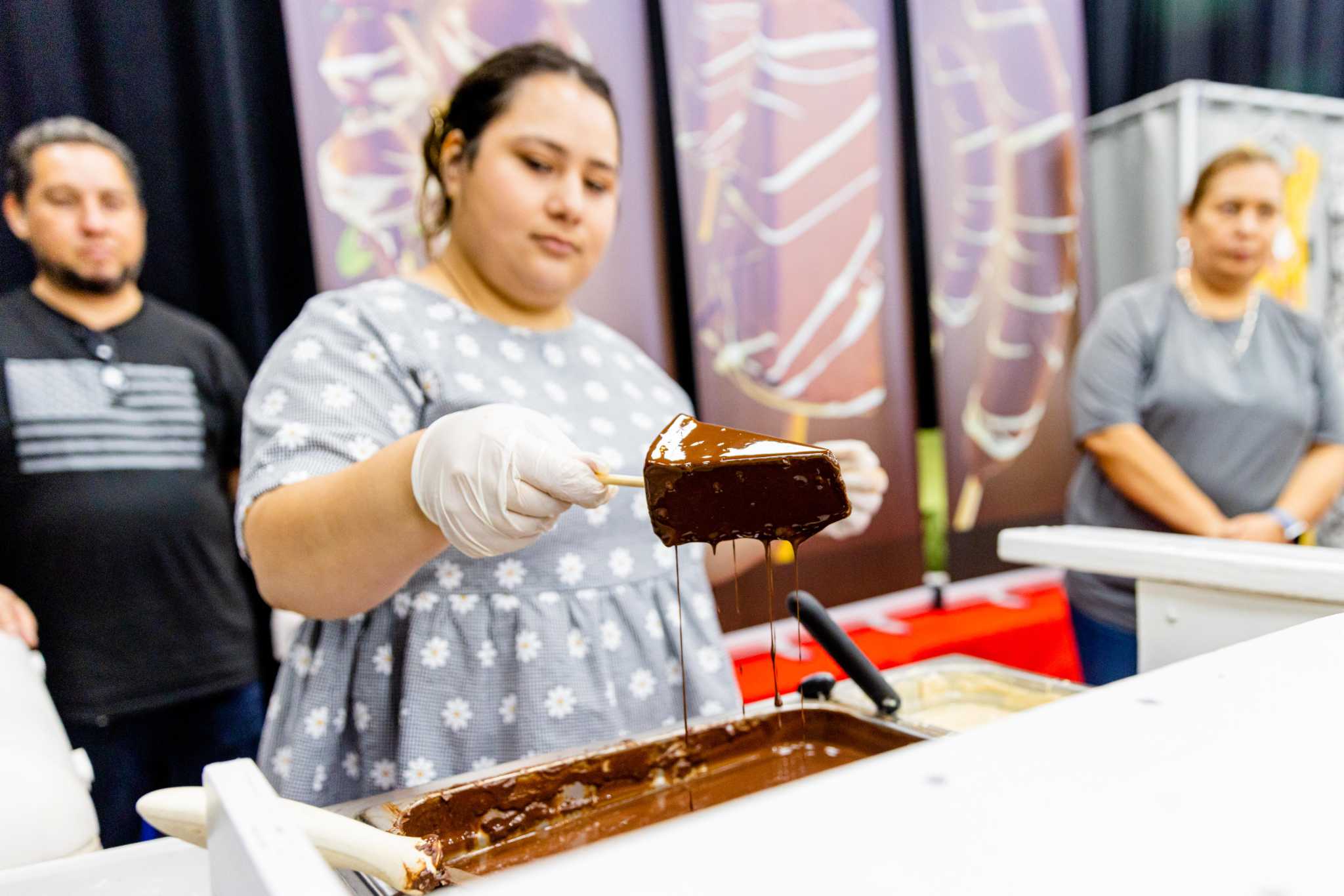 Thousands of shoppers support local businesses at Boutique Pop Up

Katrina Morris-Pacheco hands an orb-shaped hanger, made from a whiskey barrel, to two women who approach her booth at Saturday’s Pop Up Boutique at the Pasadena Convention Center.

Morris-Pacheco, along with his wife and three teenage sons, run Third Coast Barrels. They make all sorts of things out of whiskey casks: plant hangers, tables, games, bookcases, dog bed frames and “literally anything we can think of,” she said. declared.

The family business showcased its designs Saturday at the Pop Up Boutique just outside of Houston. The event hosted hundreds of small Texas businesses selling everything from clothing to candles to cookware.

Although this weekend’s event is taking place at the Pasadena Convention Center, the venue is changing. The next one will be on August 6 in Waxahachie, and then more events will return to the Houston area over the winter break.

In Pasadena, about 5,000 shoppers strolled through the convention center booths, according to event organizer Big Top Entertainment — which is itself a small business.

“I pretty much started out as one of our exhibitors, and I would go to events and sell clothes or accessories or whatever was hot at the time,” said Melissa Adams, owner of Big Top Entertainment, 34, “and there was a real need for big events, because obviously big events are where you make more money, and you can really be more stable as a small business .

With the support of her husband David, Adams started the business in 2014 and today hosts pop-up-style markets for small businesses across the state. Adams said he has a network of about 8,000 Texas-run businesses that scour the events, which normally have between 100 and 300 vendors.

Over the years, Big Top has also grown, and Adams now has four employees and a handful of contractors she works with to run the events.

And it’s not Adams’ first experience running a business — at age 14, she realized that many businesses in her Spring, Texas community were run by one person. If that person needed time off, she said, the business would have to close.

“I saw a need,” Adams said, “and I went to Office Depot and got the punched business cards, went home, printed them on the inkjet, and it was called “Time Tickers.” And, it was basically a labor-intensive business, you could hire me by the hour.

Soon Time Tickers was so popular that Adams said she had to hire her friends to help out.

“That’s where it all began.”

This is the case of Tamra Wilcoxson. The 59-year-old started the Dainty Cactus boutique with her daughter six years ago, selling clothes, handbags, jewelry and shoes.

A pink bus, to be exact, which Wilcoxson calls their “mobile shop.” For the event in Pasadena, they opted for a booth inside the convention center, but normally they bring their pink bus which has been transformed into a shop on wheels.

Across the convention center, Rebecca Henson and her husband sell baby and toddler clothes. Henson said she launched Le’Rae Baby Boutique in October 2020.

“I was looking for cute clothes in stores, but I never found anything,” she said. “So I started ordering online, but it would take forever to arrive.”

Henson decided to invest in her own inventory of chic clothes for children aged six months to five years and sell it both online – where often her two daughters, aged two and 10 months, act as models – and in person at events like Boutique Appear.

A desire to support small businesses in her community is why Madison Hutchinson, 26, decided to come shop at the Pop Up Boutique on Saturday.

She said that instead of spending money on big stores, she preferred to help support families in her community.

“If you can contribute to helping them achieve their dream,” Hutchinson said, “I think that’s amazing.”