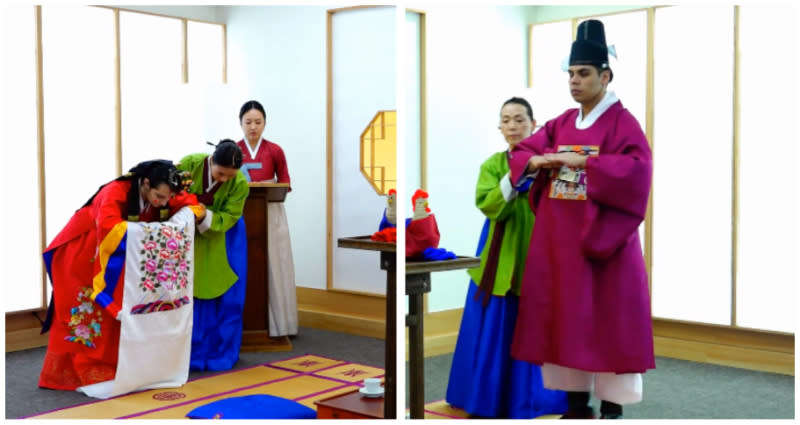 South Korea’s traditional clothing culture – hanbok saenghwal – has been designated a “national intangible cultural heritage”, testifying to the inseparable links of clothing with the country’s history and culture.

The Cultural Heritage Administration (CHA) announcement on June 22 that he “recognized the exceptional value of Hanbok culture and how it embodies the identity of the Korean people”. The CHA also decided to designate not only “hanbok”, which refers to the garment itself, but also “saenghwal”, which literally means “life”.

The organization noted that it found the expression, rather than dress alone, better encompassed the “cultural experiences of wearing, making and enjoying hanbok”.

The Hanbok consists of a jeogori (top) and a chima (skirt) for women, or baji (pants) for men. A otgoreum (ribbon tied in a special way to close the top) completes the traditional look. The outfit is assembled with the bottom garments first, then the top.

The CHA announcement also claimed that ancient koreans wore hanboks, as evidenced by various burial murals from the Goguryeo dynasty (37 BC – 668 AD) and clay figures from the Silla dynasty (57 BC). – 935 AD).

It was during the Three Kingdoms of Korea period (57 BC – 668 AD), which marks the beginning of the history of the peninsula, that the two-part structure parts, up and down, of Korean clothes has been adopted.

As the details of clothing continued to evolve and transform, the basic structural elements were firmly established.

In April 1900, just before the official Japanese colonization of Korea, the Korean government required state officials to wear Western-style uniforms, ending thousands of years of tradition. Although Koreans have preserved the cultural practice to this day by wearing the hanbok on special occasions and holidays such as Seollal (Korean Lunar New Year) or Chuseok (Korean equivalent of Thanksgiving).

Many Korean couples also include a traditional ceremony as part of their weddings in which they both change into Korean wedding hanboks.

The addition of “hanbok saenghwal” comes only a few months after cultural conflicts erupted between China and South Korea regarding the origin of hanbok. In February, the opening ceremony of the 2022 Beijing Olympics sparked controversy after a presenter was seen wearing the hanbok, causing a answer from the Chinese Embassy in Seoul.