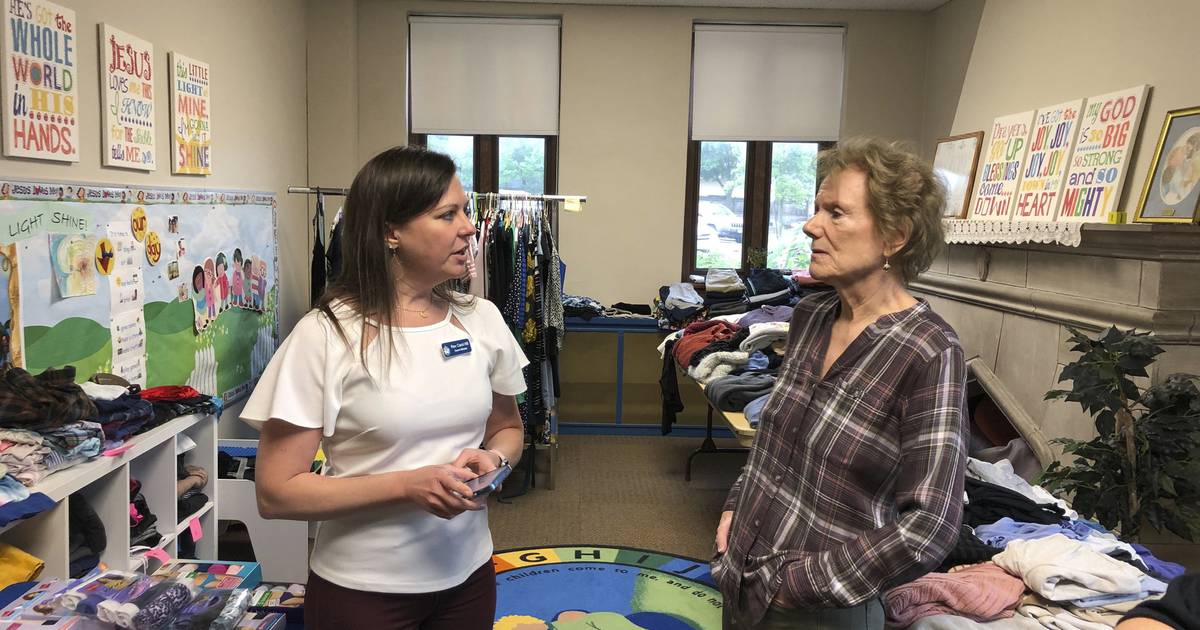 The Park Ridge Fire Department put out the last embers of a massive blaze Wednesday morning that sent five people to the hospital and left a 36-unit condo building uninhabitable.

As of Friday morning, Park Ridge volunteers had collected, sorted and displayed thousands of new and lightly used clothing, shoes, toiletries, and more.

“Park Ridge Police Social Worker Geri Silic asked if we would be willing to organize (the clothing drive),” said Reverend Carol Hill, pastor of Park Ridge Community Church. “I posted it on social media, and within an hour the first person arrived with a bag of items to donate.”

More than 100 people lived in the condo building, she said, including older and younger residents and a mother with a four-year-old child. The fire started just before 11 p.m. on May 24 and continued until the early hours of May 25.

“We heard people who lived in the building knocking on doors to alert their neighbors that the building was on fire,” Hill said.

Hill and about six volunteers occupied three rooms in the church that were filled with donated items, including men’s, women’s and children’s clothing, shoes, toiletries, handbags and other goods.

Hill said the city of Park Ridge provides Walmart gift cards to residents so they can pick out some basic necessities for themselves.

Monetary donations continue to be accepted. Checks can be made payable to Park Ridge Community Church with “Fire Relief Fund” in the memo, or donate through Zelle at [email protected] or to the American Red Cross at redcross.org/donate.